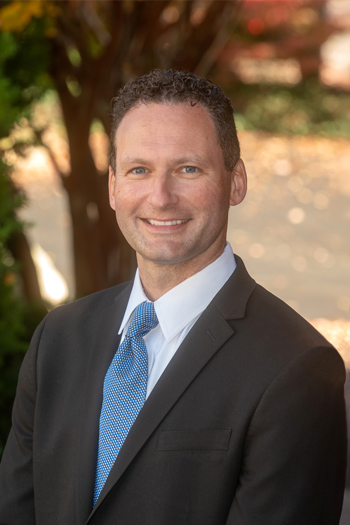 Mr. Phillips graduated from Virginia Tech with a bachelor’s degree in Business Information Technology and was an I.T. consultant in both public and private sectors before focusing on the practice of law. After attending law school at Pennsylvania State University, Mr. Phillips worked as an Assistant Commonwealth’s Attorney in Fairfax County where he amassed significant trial experience, handling thousands of misdemeanors and felony cases, while taking over 100 cases to jury and bench trials in the county’s Circuit Court.

He founded a private practice, Jonathan Phillips P.C., representing clients throughout Northern Virginia state and federal courts on a broad range of criminal charges and civil disputes. He is a founding partner at LefflerPhillips PLC. His previous experience includes:

The Best Lawyers in America recognizes only the top 5.3% of elite lawyers in the nation across 150 practice areas

The Super Lawyers list recognizes no more than top 5 percent of attorneys in the state.

As voted by peers in the Northern Virginia region.

A list limited to the most respected attorneys who are located in Arlington County, Fairfax County, the City of Falls Church and the City of Alexandria, as nominated by their peers in the legal community.

The Super Lawyers Rising Stars list recognizes no more than 2.5 percent of attorneys in the state.

Award recognizing dedication and outstanding service to the Fairfax Bar Association and our legal community.

The National Trial Lawyers: Top 40 under 40 is an invitation only professional organization composed of the top trial lawyers from each state or region who are under the age of 40 practicing civil plaintiff and/or criminal defense law.

U.S. News Best Lawyers, a purely peer review guide to the legal profession, which has ranked more than 15,000 firms in 127 specialties in 188 metro areas.

The National Trial Lawyers: Top 100 is an invitation-only organization composed of the premier trial lawyers from each state or region who meet stringent qualifications.

An Avvo rating is a 1 to 10 score used by Avvo.com – an online directory of lawyers – to rate individual attorneys based on the contents of their Avvo.

You should always speak to a lawyer before making any decision that may impact your liberty or finances. Consultations are always free and attorneys at LefflerPhillips will meet with you to discuss your case and provide representation options. You can communicate via telephone, email, or arrange to meet in person at our Fairfax office.